A happy and gay New Year to all 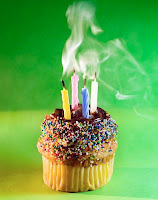 I enjoyed New Year's Eve so much more than Christmas although I did get a bit peopled out. On New Year's Day I counted that I had social exchanges with more than 30 people and that doesn't include repeat social exchanges with the same person later in the day. Neighbours, up for a couple of days festivities in their holiday cottages, pop in and out of the kitchen like we are all in an episode of The Archers without the tum-ti-tum-ti-tum-ti-tum tum-ti-tum-ti-tumty. Neighbours can come as a bit of a shock when it is usually just us chickens. Anyway New Year's Eve, I hosted not only a children's birthday party complete with chocolate fountain and Happy Feet cake for my now four-year-old (excellent timing for a birthday I always think) and a dinner party for two of my old friends - urban and gay and two of my new friends - rural and definitely not gay. We ate, drank and scored the year we were leaving behind (four out of 10 in my case)and then we thought ahead to what we wanted out of 2007 (some idea of where we should live longterm and more patience with the children). By far the best moment though, was the audible gasp from the very straight Northumberland farmer as the bongs tolled for midnight and London's fireworks began, my beloved boys wished each other a "Happy new year darling" and plunged into a lip-smacking, luscious smackeroonie. I swear that must have been the first and probably the last time said farmer will ever witness a gay kiss. Marvellous.
Posted by wife in the north at 12:25 PM

Oh I'm sooo glad you give your new year's eve baby a party. I swear my husband is still scarred by the years of being fobbed off with a summer party and neglected completely on his actual birthday. I will be sticking emotional plasters (and hosting birthday parties instead of new year's eve parties) for the rest of my days!!! Lovely blog - I'm reading back issues instead of earning my domestic wings or making Lola-esque cakes for a 3 year old's birthday tomorrow.