Who made the builders? Tell me. 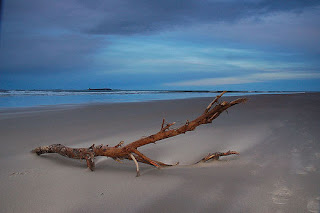 One of my acute frustrations living up here is the lack of space. Outside it's all glorious green rolling acres everywhere while the beaches are empty, endless stretches of silvered sand. Inside my particular country cottage though, it is hell. Five of us squished together (six if you count the nanny) in what is effectively a two-bedroomed, toy-strewn hovel in which three adults are working full-time. It is like something from 18th century pre-revolution England - all cottage industry and screaming children with a little less smallpox. Needless to say, it wasn't supposed to be this way, we were supposed to buy and then knock through into next door's rural idyll to create a perfect domestic environment - full of living spaces rather than rooms and positively bursting with agas, en suite bathrooms and underfloor heating. Instead it is a sorry tale of planning delays and overpriced tenders from merciless builders. We waited eight months for planning permission without which you can't even put the job out to tender. Frankly I could have built a house in the time it took Berwick planners to give us their reluctant tick. But they begrudged us our dream. First they turned us down because of some ridiculous caveat about sewage. Then they started getting precious about bats. This meant getting the Batman of Embleton out to listen on his little black receiver for the screams of the common pipistrelle. If there was any screaming by this point, it was mine rather than any bat's. The boys got very excited at the prospect of the arrival of Batman but were less impressed when a pleasant chap arrived from the the National Trust. Luckily we didn't have bats in the arches we want to convert into a lounge, bedroom and shower-room. This was a difficult one to play. Ofcourse, we didn't want bats anywhere near our arches. Indeed the prospect of bats circling overhead as we slept, scuffling as they roosted with their leathery tinies and pooing furiously was appalling to an urbanite like me. But the Batman, naturally enough, was a fan and we didn't want to make him cross so we did a lot of fascinated nodding, took his leaflets and tried not to look too relieved when he said we didn't have them. He did manage to find a nesting wood pigeon though which we couldn't disturb until after September. I mean - a pigeon. I admit my sympathetic nature-loving smile slipped slightly at that one. But believe me - over the past few months as we waited for our planning permission, there have been times when I have envied that pigeon and its egg their des res. And as for builders. If I practiced voodoo I would be completely out of wax and pins by now. The knock-through we were told last November would cost us around £75,000 according to an estimate from our cheery chartered surveyor. By February, that had gone up to around £100,000 according to the architect (and don't get me started on him). Unfortunately, noone told the builders and when it went out to tender, the estimated cost had climbed to £240,000 - including VAT (that's alright then). Even the Polish bloke we got in amidst much teeth-sucking from our architect gave us a price of £193,000 (before VAT). Apparently, we managed to find the only Pole who does not know that the reason you employ a Polish builder is because he is cheap. As we speak, I am waiting for a man called Bill who has a mate called Dougy who are coming to have a look, go to the pub, get totally drunk, write down the biggest figure they can think of and attach a pound sign to it before they pass out.
Posted by wife in the north at 3:33 PM

Askinstoo said...
This comment has been removed by a blog administrator.
1:48 AM

not sure my time didn't expire as i sent my comment here.

our planning was turned down lots of reasond some serious - access, land to be used as rural staffs countryside ie fields, some silly greater crested newt death of 1 ash tree etc.

we are appealing and i am sure we will get some modified plan through. I was a bit depressed becasue the garden also needs planning anyway we will either get it or we won't. If we don't i want to move to a houise where we can have a garden,

No neighbours objected which was good news andys liberal distribution of free dog biscuits have obviously worked as he anticipated.

What about asking the builders if there are cheaper ways of achieving the sapce you want - what about knocking the 2 rooms of one house into one for the large kitchen, rather knocking the dividing wall through?

have seen planning consultant today and he say the new access will go through no probs, and current tarmac can be garden without needing permission. So garden can start once new drive and parking in!!!

On the pond he says it will get turned down as a business (because the council are turning down all businesses that have to be driven to - not 'sustainable'.) he advised just running it cash in hand, planning will be granted as a pond for own use.

he says planning will be through sometime in may. Andy could get on with the new drive then, and the pond be dug in the dry month of sept, ready for filling up with next winters rains.


am really pleased, must get on with some work now

was really excited about reading your book and then I see a comment i really wished i hadn't. you have or had a nanny. so you're not all alone with no-one to talk to or help with the kids at all??? if it were me or any of my friends there would be no nanny just total isolation. disapponited :-(